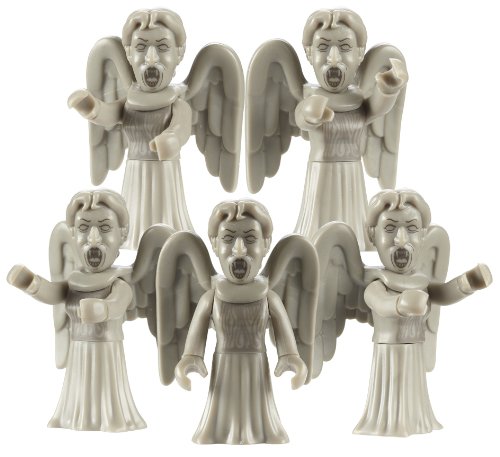 DON'T BLINK! Possessing a natural and unique defence mechanism, the Angels are quantum locked. This means that they can only move when no other living creature, including their own kind, is looking at them. As soon as they are observed, they instantly turn to stone and cannot be killed. The Angels have the ability to send other beings into the past. This allows the Angels to feed on the potential time energy of what would have been the rest of their victim's lives. Re-create epic battles with the Eleventh Doctor or build your own army of Weeping Angels. Includes 5 fully articulated Weeping Angel micro-figures with Doctor Who display base.